Back to Blog Posts

How to celebrate your unity 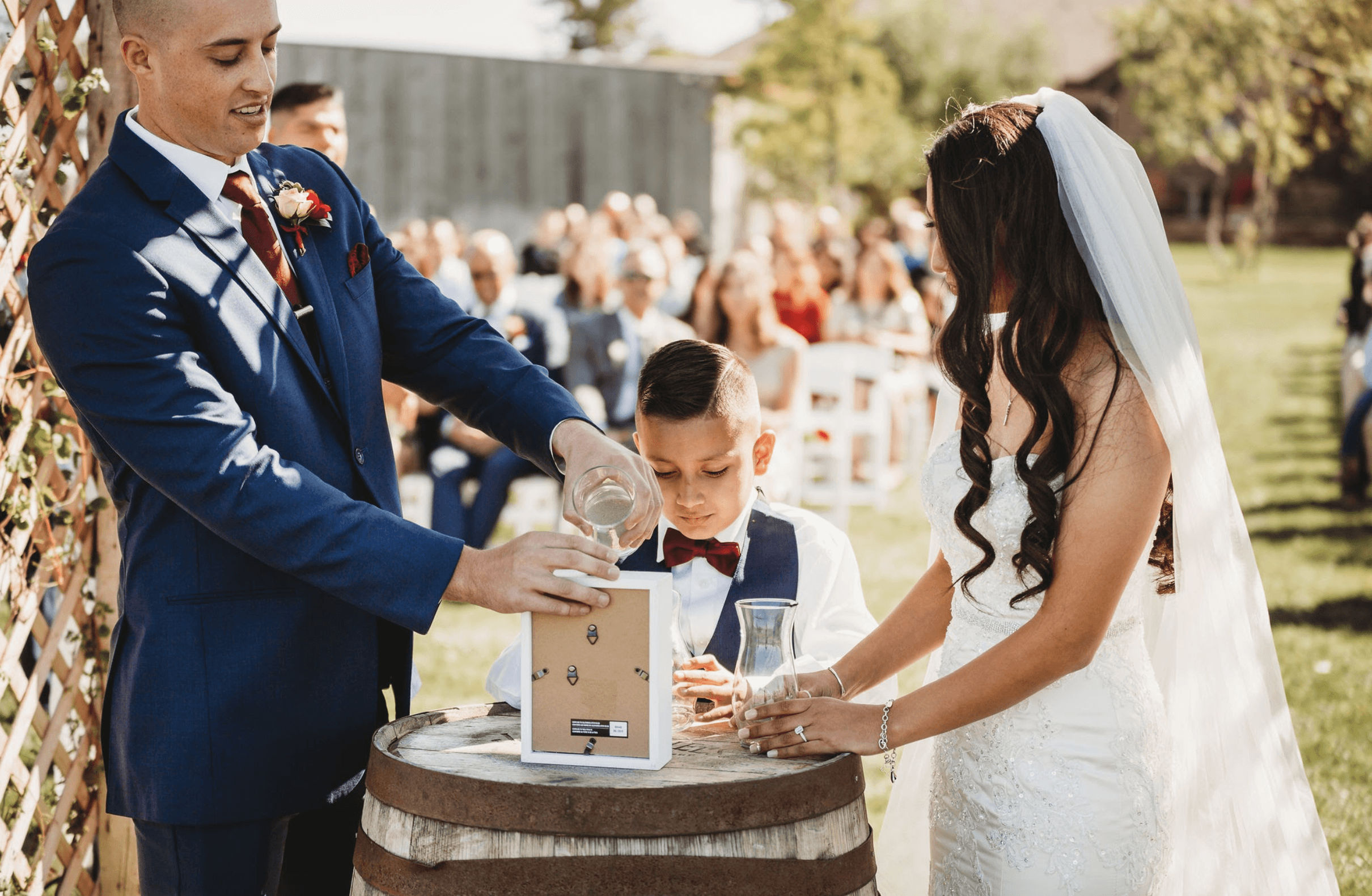 We have a lot of brides ask us what they should be for their unity ceremony.

we have truly seen it all.

We thought it would be fun to research and talk about the history behind the unity ceremony. Unity ceremonies are done around the world, most cultures even have their own unity traditions.

Jumping the Broom is thought to have organs dating back from Africa in the 1800s. After the couple is pronounced husband in wife, they would jump over a broom. This represented they were speaking their past lives away and showing that they were starting a new one together.

Unity Candle tradition began about 30 to 40 years ago. The candles are supposed to represent the joining of the couple and their families. Traditionally the two mothers light taper candles before they take their seats. After the couple exchanged their vows, they then go and using the taper candlers they light the pillar candler. This is supposed to signify several generations of commitment. Some even say that this specific tradition can be used to remember loved ones who've already past and bringing them spiritually into the ceremony.

Sand Pouring does not have exact origins. Some people know this tradition became popular after Trista Sutter and her husband Ryan did sand pouring on national television after there The Bachelor debut. For sand pouring, the bride and groom select different color sand to pour back and forth. This causes a unique and one-of-a-kind pattern that can't be separated. This represents the blending of the couple forever. Many couples with children choose sand pouring because it allows their children to be included. This tradition even goes as far as to say what the color of the sand means.

Love Letters this is a newer tradition in unity ceremonies. Before the wedding begins, the bride and groom write each other love notes and then seal them in one box during the ceremony. The couple then doesn't open the box or read the letters until their anniversary. Typically, a bottle of wine is included in this ritual.

Ring Warming started in Ireland. The couple's wedding bands are passed around to all of the guests in attendance. The guest is encouraged to hold the ring and say a quick prayer over the couple while holding the ring. After every guest has held them they are then given back to the couple for good luck and blessings.

Handfasting this tradition is a Celtic custom with medieval roots. The couples' hands will be tied together using a ribbon or cord. Something really interesting about this tradition is that is was used in place of a marriage license in medieval times. This is because marriages were not recognized as the legal responsibilities of the government and the church. The color of the ribbon/cord the couple used was even symbolic.

Foot Washing stems from John 13:1-17 when Jesus washes the feet of his disciples. This has become a ritual many Christians will do to show their humility, commitment, and service to each other.

Communion is commonly done by Christian couples. It is the first time the couple will take communion as one. It is time for them to celebrate their Godly union and give thanks to God. It is a time of remembrance and of praise.some couple include the wedding party, family members, or even all of their guest to join with them in communion.

Breaking glass started with the Jewish religion. After the Rabbi announces the happy couple the groom then smashes glass that has been wrapped in cloth. It is said that the couple will be together as long as the glass is shattered. Some couples do this in remembrance of the destruction of the Jerusalem Temple.

It really depends on you and your fiancé. You can't go wrong with whatever you choose, each is intimate and purposeful. It represents the combining of two into one.

Here are some websites If you would like to learn more:

Enter your email address to receive news and updates about our blog.

While we are walking through strange times, the Eberley Brooks Events team is dedicated to celebrating life's sweetest moments with you and continuing to create memories that last a lifetime.

We take the health and well-being of our staff and clients seriously. We are currently hosting events at limited capacity and arranging our faculties to implement social distancing protocols. We have also implemented increased cleaning procedures.

For anyone interested in booking a future event at Eberley Brooks we are now offering in person tours and requesting that those be limited to 6 people. We know that this time is full of uncertainty and as event planners and wedding specialists, we are choosing hope. We are still committed to creating the event of your dreams.

Take a Virtual Tour or Book an Event